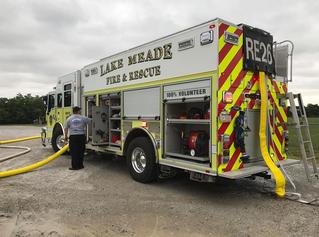 In 1965, the American Realty Service Corporation of Memphis, Tennessee formed plans to purchase about 1,700 acres in Adams County. In 1966 they bought the land and began the development of the Lake Meade subdivision.

In 1968, the American Realty Company turned the Lake Meade Subdivision over to the newly formed Lake Meade Property Owners Association. There are six miles of shoreline and approximately 300 acres of lake. There are about 18 miles of roads within the community. 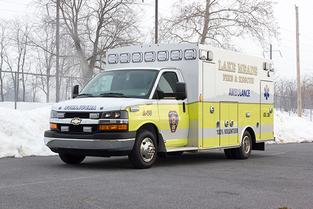 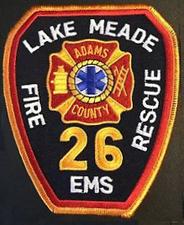 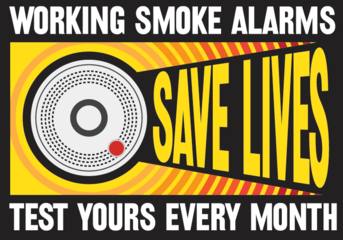 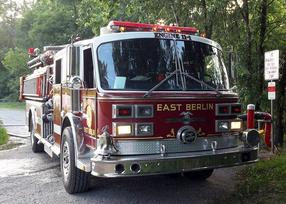 The Original Liberty Firehouse:  Built in 1892, and maintained by the East Berlin Historical Preservation Society, this landmark is on Fourth Street in the Borough of East Berlin. 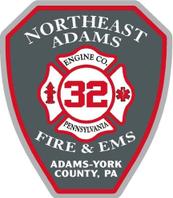 Lake Meade Fire and Rescue, Inc., was organized in 1976. It began as the Lake Meade Volunteer Protective Organization. In 1978, a four bay building was constructed to house the fire and rescue vehicles and equipment. In 1995, due to changing equipment mandates, a larger four bay addition was added. This allowed the old building to be used for meetings and training.

The Lake Meade community has over 1,060 households that depend upon Northeast Adams Fire & EMS to protect lives and property. 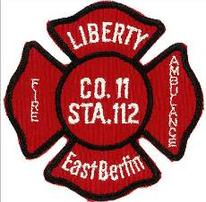 1961 American LaFrance Engine:  Ready for action in this photo from the late '60s. 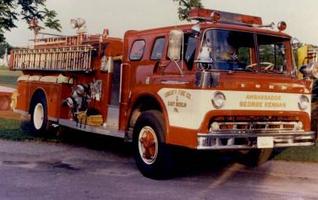 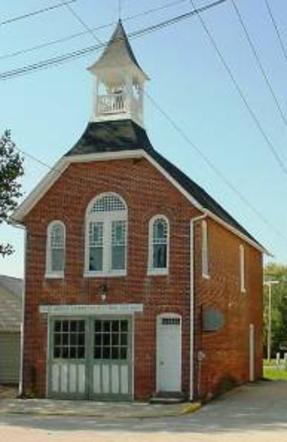 The first information regarding a local fire company was found in the minutes of the East Berlin Borough Council, dating back to the late 1800s. In 1887, a motion to purchase a steam fire engine was later tabled indefinitely.  In 1892, a motion was made by the East Berlin Borough Council to purchase the town's first engine.  After purchasing land on Fourth Street, the first fire station was constructed.